We are OPEN and taking the necessary precautions to keep everyone healthy and safe as we know we know your continued chiropractic health is important. 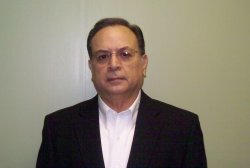 License to Practice Medicine, State of Florida, Granted 1979, #ME 34230 Diplomate, American Board of Orthopedic Surgery, July 1984

Gold Medal and Certificate of Honor conferred by U.N.A.N. for Best Student In Clinical Medicine, 1973

Certificate Honor conferred by the College of Physicians and Surgeons Nic., 1974